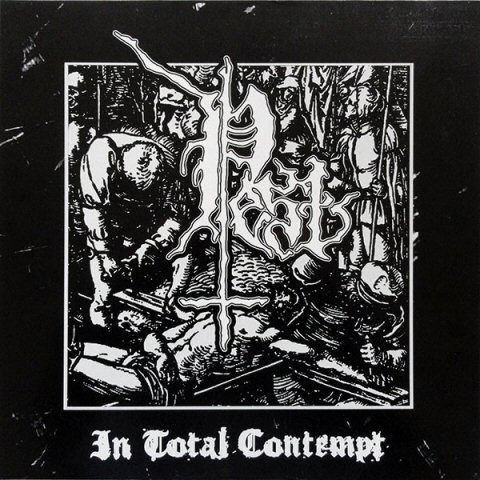 Swedens black metal act Pest was formed in 1997 and they were soon known for their desire to produce a ï¿½purer’ version of black metal, one that lacked the symphonic and progressive tendencies of some of the genre’s second and third generation acts. Their debut full length album ï¿½Desecrationï¿½ from 2003 made quite a buzz in the underground circles. So expectations were high when the band returned in 2005 with the sophomore album ï¿½In Total Contemptï¿½. The album is fast and aggressive; however they didn’t abandon misanthropic mid-tempos but just found a mixture of these two aspects of black metal. The best elements of their previous works here are re-taken and improved. The sound is raw and Necros vocal screams are a trademark: he vomits tons of hatred with a rage that you won’t find easily in many nowadays black metal bands.