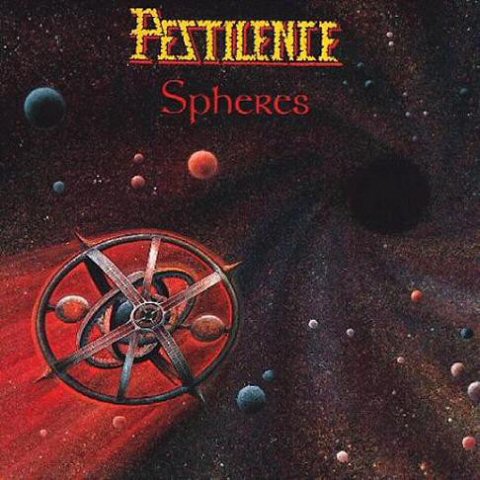 2017 press on black vinyl with lyric insert and poster

Pestilence doesn’t require any introduction. Known for mixing various influences, from thrash to jazz, from fusion to classic death metal, the band has become a legend long before its final split-up in 1993. Patrick Mameli (guitar, vocals), Randy Meinhard (guitar) and Marco Foddis (drums) recorded their first demo, Dysentery, in 1986. However, it was only after The Penance, recorded in 1987 with a new member, Martin van Drunen (bass/vocals), that the band caught the attention of Roadrunner Records, who agreed to release their first official album “Malleus Malficarum” (1988). Pestilence released four studio albums during their career. The final one – “Spheres” from 1993 – brought along a thrilling mixture of jazz-fusion elements with death metal and, thanks to the extensive use of synth guitars, constituted a totally new quality in aggressive music.