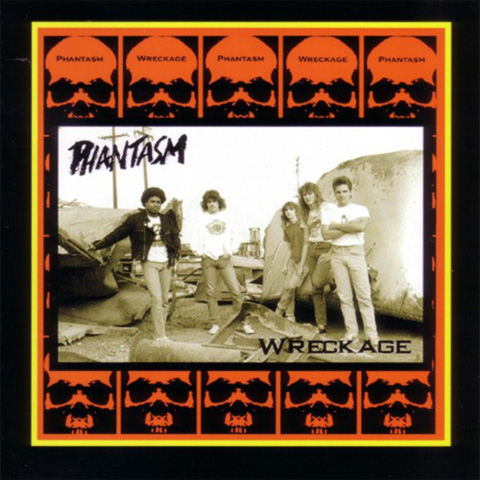 Phantasm was a short lived outfit made famous on the Thrash underground for the inclusion of three notable figures in erstwhile Hirax vocalist Katon W. DePena, Metallica bassist Ron McGoveny and Dark Angel/Testament drummer Gene Hoglan. The band released two demos the first in 1984 and then Wreckage in 1987. When Hirax was reformed in 2000, Katon finally thought about dusting off the old recording tapes from shelve and put em out. So the Wreckage album includes the six track demo from 1987 and a live recording made at the Oddfellows Hall, Pheonix AZ, while on tour with Nuclear Assault. The 6 studio tracks are to be placed in the same category with the likes of (old) Slayer, with DePenas typical vocals mixed to the front. Tracks like Pray For Power (fast) and Dachau (heavy!), combined with a typical eighties sound make that I fancy myself back in 1987. Objectively speaking, the overall sound of these recordings is not too great but I dont give a rats ass, this is a major trip down Memory Lane. Great!