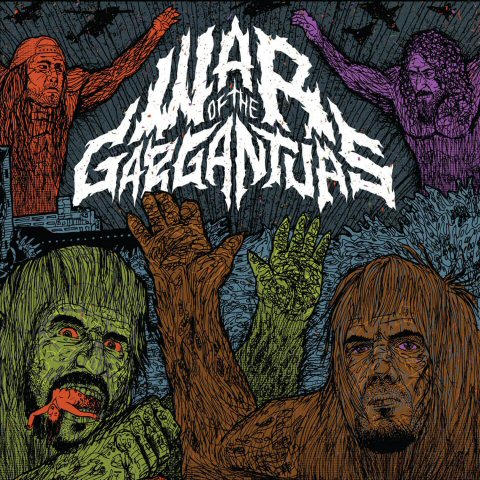 Philip H. Anselmo And The Illegals / Warbeast ‎–War Of The Gargantuas mcd

This split release between legendary Pantera/Down vocalist Philip Anselmo and Texan neo-thrashers Warbeast is notable, first and foremost, for representing the first music ever released under the banner of the former’s actual name, albeit with backing by an instrumental threesome dubbed the Illegals. Made available on vinyl 7″, no less (and clearly inspired by that ancient format’s indomitable spirit), the release basically provides a bite-sized glimpse into American heartland metal at its most extreme. Anselmo and company’s contributions essentially resemble Pantera as they may have sounded had tragic events turned out differently: emotionally cathartic, yes; juiced up on energy drinks for the benefit of Adderall-fisting third millennium consumers, sure; but rather lacking in a riff or hook anywhere near big enough to fill Dimebag’s Keds. For their part, Warbeast’s songs gamely try to push recent retro-thrash trends beyond the role of mere, exactingly rendered still life duplicates of the ’80s originals, and while they still can’t hold a match to underground ’80s Texas thrash icons S.A. Slayer or Juggernaut, instantly gratifying release is virtually guaranteed. All of which makes War of the Gargantuas’ pairing a timely holiday stocking stuffer for the aging mosh pit veteran in your family, but not exactly mandatory listening for everyday metal heads.