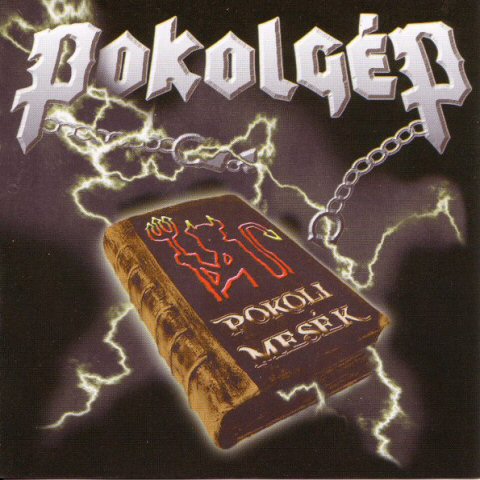 Hungarian act Pokolgep are one of the most important heavy metal acts from Eastern Europe, and their four early albums – Totalis Metal (1986), Pokoli Színjatek (1987), Ejszakai Bevetes (1989) and Metal Az Esz (1990), are the ultimate classics of the genre. The band then broke up in 1994 but reformed just 4 years later. In 2007 they released their Pokoli Mesek album and its great to see the bands core are much intact. Original guitarist Gabor Kukovecz, bass player since 1996 Csaba Pinter and vocalist since 1990 Rudan Joe are still with the band so its easy to recognize the classic trademarks of the band. So its great to see and hear that after more than 25 years the band can still deliver classic heavy metal albums. Pokoli Mesek is full of power and energy and most of all great songs