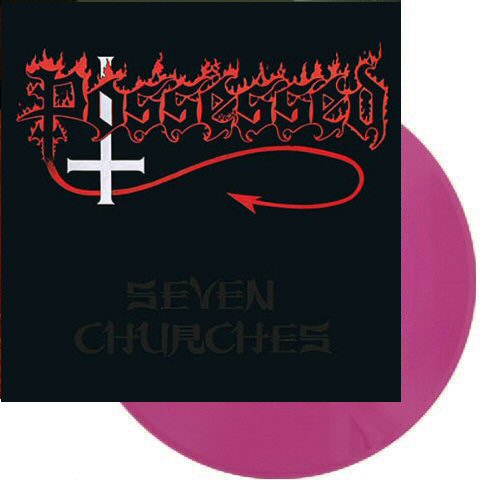 Often cited as the first true death metal record ever released (Florida’s Death had been around just as long but would only make their vinyl debut a few years later), Possessed’s Seven Churches took thrash metal’s intensity to new levels of brutality. With song titles like “Burning in Hell,” “Satan’s Curse,” and “The Exorcist” (featuring the famous movie’s eerie title theme for an intro), the band definitely displayed a strong Slayer influence; but it was Possessed growler Jeff Becerra who first introduced the barely decipherable grunting vocal style which would epitomize the death metal genre. Among the highlights, “Pentagram,” “Twisted Minds,” and “Fallen Angel” have best stood the test of time, offering glimpses of the trends to follow with their surprisingly mature songwriting. They then close the proceedings in ferocious fashion with the appropriately titled — you guessed it — “Death Metal.” In the years that followed, Possessed would continued to improve from a technical perspective, but they never quite equaled the fire of this debut. And though they were gradually overtaken by younger and better bands, for those interested in connecting the dots between thrash and death metal, Seven Churches is the ultimate missing link.