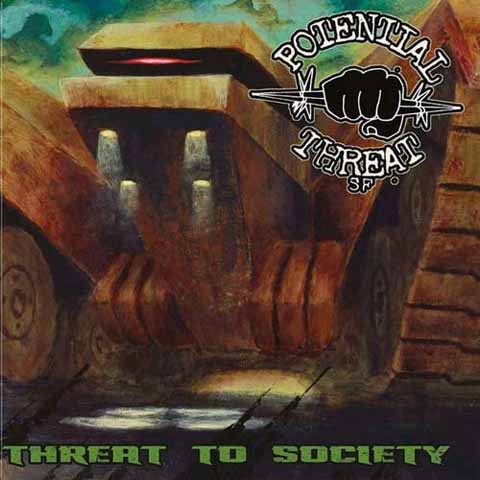 Bay Area is a key word for thrash metal fans. And that s exactly where the guys from Potential Threat are from. Hailing from San Francisco they lately added SF to the band name, not to get confused with the punk band from Great Britain. Potential Threat exists of the two brothers Mike and Kenny Noble, guitarist Daniel Sheridan and bass-player Damien Sisson who’s also a member of the famous Bay Area-act Death Angel. Their third album, Threat To Society, has set a new hight for the band. They have developed their songwriting which came from a kind of raw thrash metal (more Exodus than Heathen) and also had some Hardcore-influences in the early millennium to a more Old School-Bay Area-sound on their predecessor Civilization Under Threat. Threat To Society is everything you can long for as a Bay Area-thrash fan: aggressive shouting, sawing riffs, a booming bass and driving drums. And its of course not high speed all the time, the band knows how to keep the listeners attention.