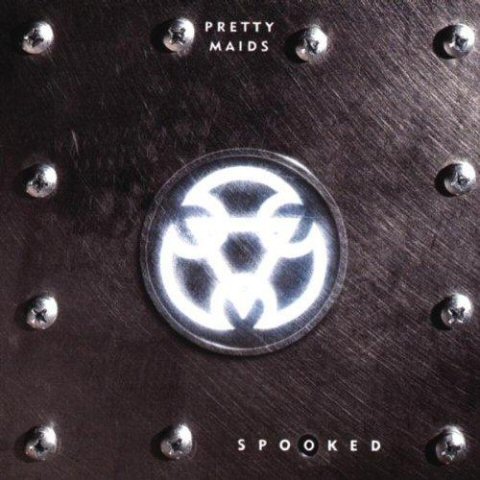 Pretty Maids is a super fabulous, splendid little band from Denmark that has been kicking around the metal world for over a decade now. They have traded in their established sound quite a few times, to take on various incarnations of it, all of them distinctively Pretty Maids and uniquely metal. In 1997 they released their sixth studio album ‘Spooked’ and it was one of the best albums they had released in quite a while. Its heavy but still with a lot of focus on nice melodies. It rips your heart out one minute with a shredding kick ass solo or a monster riff from the riff-master himself, Mr. Ken Hammer, and the next minute it lets you relax with a slow passage or a ballad. Ronnie Atkins’ voice is better than ever and Fast and Jackson delivers an extremely competent rhythm section. ‘Spooked’ is one of those albums that have no sight of a filler track anywhere. Not even the cover of Kiss ‘Hard Luck Woman’ which the Maids turn into a much better tune than Kiss ever did. Buy this one its pure heavy metal all over