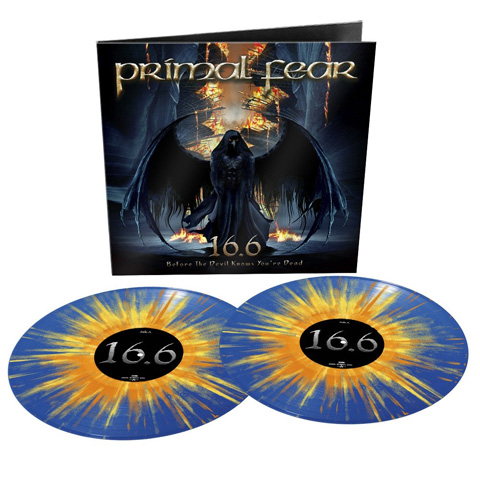 Primal Fear -16.6 (Before The Devil Knows Youre Dead) dlp [splatter]

Double album on splatter viinyls with gatefold cover and one bonus track.

16.6 was recorded at House Of Music studios in Winterbach, Germany with Dennis Ward and Achim Kohler. This is among the most powerful and ambitious album in Primal Fear’s history. All the trademarks of the Primal Fear sound are featured and the total dedication to pure Heavy Metal is easily found in songs like ‘Six Times Dead (16.6)’, ‘Soar’, ‘Smith & Wesson’ as well as the epic stories, consummate musicianship and fantastic melodies in songs like ‘Black Rain’, ‘No Smoke Without Fire’, ‘Torn’ and the stylistically new ballad ‘Hands Of Time’ with the four guys all sharing the lead vocals. This is the group’s first release with guitarist Magnus Karlsson.