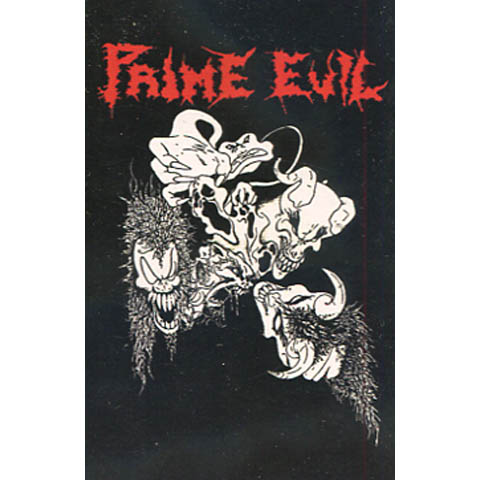 Prime Evil, formed in 1986, were an awesome New York act that mixed thrash metal and death metal. They were thrashing like Dark Angel and Slayer but added death metal vocals. The abnd released three demos up to 1990 and played a lot around the NY area with many killer bands of that time like Immolation, Ripping Corpse and Death to name a few. Shortly after releasing their Terminal Dementia single in 1992 the band disbanded. The single would become a cult release and a compilation album was put together in 2002. All this lead up to a reunion of the band in 2012. This limited cassette features the 1992 single material with two bonus tracks and both sides repeats the same material