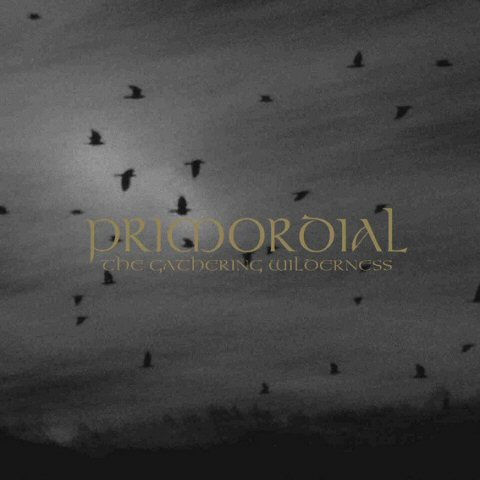 In their early days, Primordial played a hybrid of black metal and pagan metal inspired by their native Ireland. Over time, their sound became more idiosyncratic, arguably culminating on The Gathering Wilderness. The album features one of the best recordings ever heard in metal. It may not be as loud as its contemporaries, but that’s because it avoids over-compression and keeps its dynamics. The drums sound beautifully natural, guitars sizzle and burn, and the production retains a ragged edge that perfectly fits the material. Here, Primordial fully integrate their homeland’s stirring melodies into an electric framework. Rolling 6/8 rhythms propel this Irish longboat forward. Alan Averill’s hyper-passionate vocals take getting used to, but they’re heart-swelling. In “End of All Times,” he howls “I feel like a wounded animal/In the dying throes,” and you believe him. “The Coffin Ships” finds Primordial at their darkest, as glowering clean tones give way to martial walls of distortion. The highlight is the title track, which rumbles with menacing toms, droning melodies, and chant-like vocals. The best metal stands for something; this record speaks for one’s soul, one’s homeland, and metal itself. Utterly magnificent.

Track listing:
1. The Golden Spiral
2. The Gathering Wilderness
3. The Song Of The Tomb
4. End Of All Times (Martyrs Fire)
5. The Coffin Ships
6. Tragedy’s Birth
7. Cities Carved In Stone