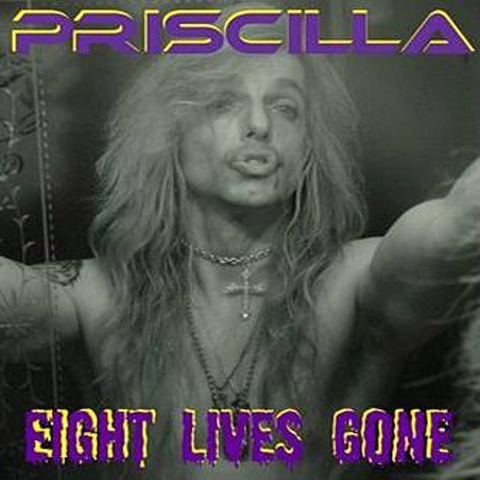 The industrial confines of Cleveland will, now, again illustrate their ability to produce band’s that will forevermore change the landscape of music. The city that introduced the world to rock n’ roll, and that gave us the anarchy of The Dead Boys, the industrial grind of Nine Inch Nails, and the pounding fury that is Mushroomhead, now introduces you to the final bombastic mechanism in the evolution of sleaze rock…Priscilla. The organized, harmonic chaos that is this band will put a bullet into the head of mainstream, commercial music once and for all. As far from the other side of conservative as you can possibly imagine, this is sweaty, hard, x-rated, pornographic rock n’ roll. Destructive, yet melodic, and always rebellious and cocky. Combining forces spawned from the ashes of such luminaries as The Marky Ramone Band and St. James (Jaime St.James of Black N Blue), Priscilla presents a well-oiled and cohesive brand of sleaze rock that is all its own. This band is no corporate-sponsored, family friendly house of cards…this is code blue suicide played at eardrum-shattering, peak volume and comes to you from the back alleys of the slums. Their sound has been compared to an all night orgy fueled with qualudes and cocaine, and their look crawls straight from the glam rock gutter. Each and every song on Eight Lives Gone is just as melodic and memorable as it is merciless and methodical with its intent to deconstruct the boundaries of the ordinary rock world and set conventions on their head. Give it just one listen and you’ll be forever infected. These songs are, indeed, 13 anthems for a degenerate world. Toss it down, alter your perception, and throw it back up…Priscilla isn’t preaching to the herd…they’re creating an altogether new one.