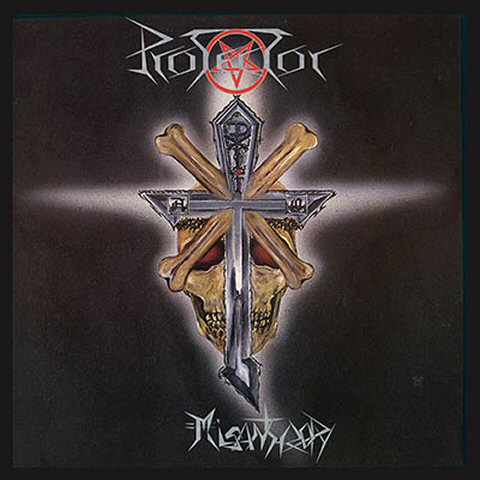 Now here’s a nice little piece of early thrash/death. This feels like in the vein of old pre-album Kreator or Sodom with black metal overtones and lyrics, sort of sounding like their peers Minotaur or like a German counterpart to Possessed. This is actually pretty evil stuff for 1987. Most of the songs contain doomy mid sections ala Celtic Frost or Hellhammer, along with blurry sounding black metal riffing throughout most of the songs. The riffs still manage to be memorable and creative though. This is a lot different than their later stuff, obviously more influenced by Kreator/Sodom and the German thrash sound in general before they became more doom/death. Overall, this is a solid piece of headbanging metal, well worth checking out if you’re into German thrash. All of the songs are good, classic thrash.