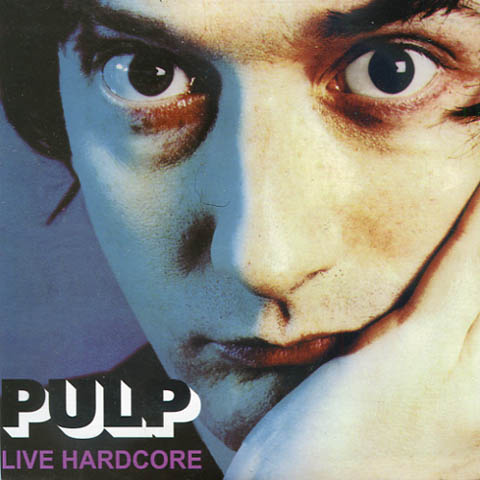 1997 to 1999 saw some Brit Pop acts taking slightly different routes, Radiohead’s OK Computer and Blur’s 13 (and even Suede’s Dog Man Star in 1994) sounded a bit different then that previous efforts and Pulp’s This Is Hardcore, released in March of 1998, also sounded like the band were abandoning the Britpop ship and made a record that, from a lyrical point of view, was very self-reflective and depressed and, in aesthetics, more based on the tradition of art rock, with luxurious arrangements (in another great work by Chris Thomas, who produced some of the best Roxy Music records) and longer and more ambitious songs. However This Is Hardcore doesn’t come to a total stylistic break with Britpop, because it’s still inspired by classic British rock/pop; it can be considered a descendant of the decadentist vibe of the 70s albums from David Bowie and Roxy Music. The album and the supporting tour was another success for the band. Live Hardcore was recorded at Freilichtbuhne Lorely during the bands performance at the Loreley Festival on the 20th of June 1998. There were however several problems leading up to this performance. The bands equiment was flown to Moscow by misstake so the band arrived to the festival site and had to start borrowing equiment. Vocalist Jarvis Cocker wasnt in his best mood; I’ve never been to Moscow … but by fucking amplifier has … My amplifier is more well travelled than I am. Things hadnt calmed down when the band entered the stage either and you can hear Jarvis open the set by telling the audience that they are going to “Die in pain”. This sets the tone for what is to come. Nothing gets better when the shows starts and Jarvis cant hear himself through the monitors. This isnt solved during the set so this aggravated things further. At the end, Jarvis loses his temper and shows his displeasure by smashing the microphone stand and tipping over the monitors.