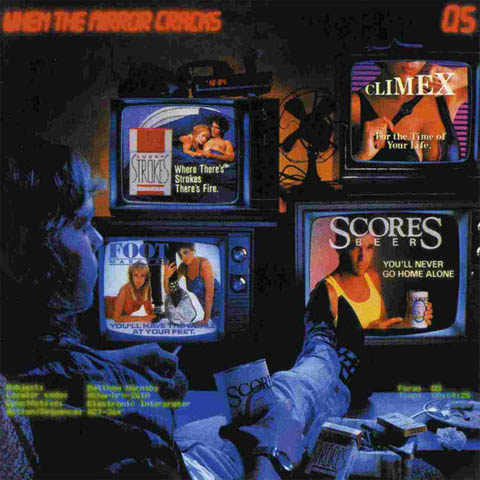 Q5 -When The Mirror Cracks cd

Seattle’s Q5 followed the decision by guitarist Floyd Rose, inventor of the Floyd Rose Tremelo system, and vocalist Jonathan Scott Palmerton to put a new band together after leaving their previous group The Core Rick Pierce, Evan Sheeley and Gary Thompson formed a mass exodus from the ranks of TKO to join the pair to round out the Q5 line-up. Q5 released their debut album ‘Steel The Light’ in 1985. It’s a superb piece of 80s metal and the band went into the studio to record the follow up ‘When The Mirror Cracks’ that were released in 1986. The second album however are far from the first album. The album is more polished and has a softer AOR sound. It has a few highlights but unfortunately only a few but fans of bands like Urgent, Jeff Paris, Hybrid Ice, Stan Bush, White Wolf, Atlantic, and similar powerhouse AOR outfits might enjoy this one more than they debut.