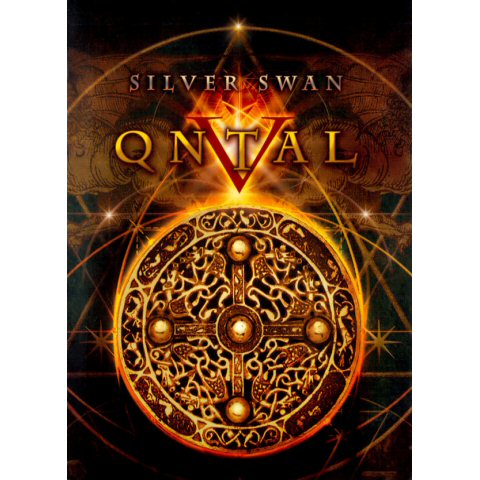 Silver Swan is the fifth studio album from one of the most respected medieval-electronic fusion / gothic darkwave acts in the world, German act Qntal. Qntal offers up another compelling set of post-modern takes on medieval music. Drawing inspiration from a 17th-century madrigal by English composer Orlando Gibbons, the trio, fronted by the siren-like Syrah (born Sigrid Hausen), unveils some of its finest and most majestic works to date, as evidenced by the moody, synth-laden “Von Den Elben”. Syrah’s heavenly female vocals are in Latin, German, and English (depending upon the song). Michael accompanies Syrah with a mix of traditional instruments that are then backed by Fil’s keyboards – making Qntal a rare mix of old and new world music. Silver Swan is gorgeous, lush, haunting medieval music with a light touch of contemporary electronics. Ancient languages and instruments come alive to form a spellbinding mix that has captivated fans of Delerium, Dead Can Dance and Loreena McKennitt.