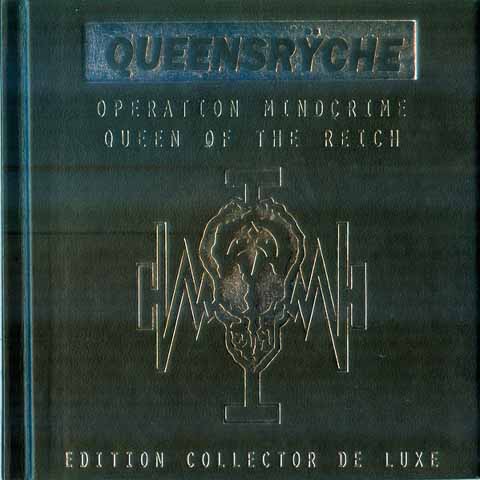 Operation Mindcrime 1988 Queensrÿche scored their breakthrough success with the ambitious concept album Operation: Mindcrime, which tells the story of a fortune hunter whose disillusionment with Reagan-era American society leads him to join a shadowy plot to assassinate corrupt leaders. For such a detailed story line (there is also a tragic romance thrown in), the band keeps its focus remarkably well, and the music is just as ambitious, featuring a ten-minute track with orchestrations by Michael Kamen. Those experiments don’t tend to work as well as the tighter, more melodic prog metal songs, which are frequently gems, especially the singles “Eyes of a Stranger” and “I Don’t Believe in Love.” Granted, the lyrics and political observations can sometimes be too serious and intellectual for their own good (few bands, metal or otherwise, can make lines like “There’s no raison d’être” work). But despite the occasional flaws, it’s surprising how well Operation: Mindcrime does work, and it’s a testament to Queensrÿche’s creativity and talent that they can pull off a project of this magnitude. Queensryche 1983 Before establishing themselves as both a commercial and a progressive metal force, Seattle’s Queensrÿche dealt classic metal steeped in English tradition. In fact, their 1983 self-titled debut EP, while largely ignored in America, became a sensation in the U.K. and Europe. The band displays an obvious Iron Maiden influence in their early songs, which often featured “dungeons and dragons” lyrical themes. Their classic “Queen of the Reich” is one such example (with a hilariously primitive adventure video to boot), while “The Lady Wore Black” displays more maturity — a sign of things to come. A must-have release for Queensryche fans.