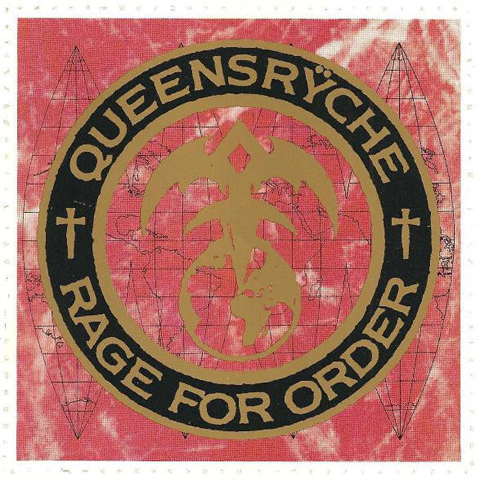 After tasting success from both their self-titled debut EP and The Warning, Queensrÿche had outgrown their traditional metal influences and with Rage For Order, they were pushing metal’s sonic possibilities to new frontiers with textures and techniques that made bands like Maiden and Priest (who released Somewhere In Time and Turbo, respectively, that year) sound relatively old-fashioned. And unlike metal’s more commercial outfits of the time, Queensryche eschewed rock cliches completely, playing circles around 90% of what passed for metal bands on the Sunset Strip and tackling existential lyrical themes like Orwellian mind control and the struggle to maintain one’s identity in the computer age. If only they knew how prescient these songs were, twenty years prior to social media and smart phone ubiquity. The band couched these lyrical themes in an ultra- futuristic production style, which is surprisingly effective, given the subject matter; throughout Rage For Order, the band’s airtight instrumental performances — and singer Geoff Tate’s hair-raising vocals — sound freeze-dried within icy synthesizers and cold, computer-generated sounds. Some of the sonics are (inevitably) a bit dated today but you have to give the band props for trying to expand the sonic parameters of 80’s metal. Remind me again which other average metal bands of the time made records that sounded like this? Sll told, Rage For Order is a phenomenally mature, sophisticated and inspired sophomore effort. And by the way. Considering the overwhelming amount of watershed metal albums that were released that year (Master Of Puppets, Reign In Blood, Fatal Portrait and Peace Sells… just to name a few), average metal for 1986 is high praise, come to think of it. Rage For Order is with Operation Mindcrime the pinnacle of Queensryche’s career.