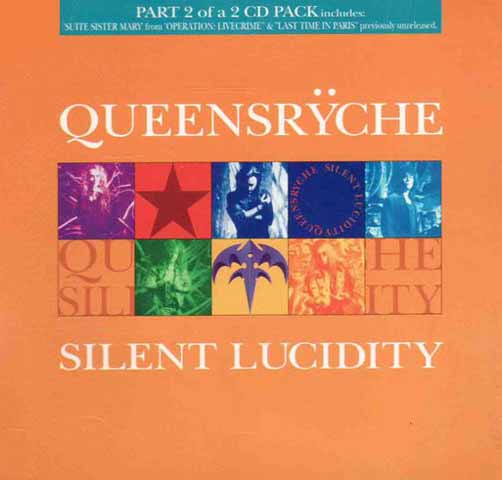 Silent Lucidity was released as a single form Queensryche Empire album and it peaked at #9 on the Billboard Hot 100 and at #1 on the Billboard Album Rock Tracks chart. The song was composed by lead guitarist Chris DeGarmo. Queensryche performed the song live at the Grammy Awards of 1992, for being nominated in the category of “Best Rock Song”, and featured a supporting orchestra. It did however win the “MTV Viewer’s Choice Award” for its music video. Because of the lyrical content, and the title of the song, it is assumed to be based on the subject of lucid dreaming. During the middle eight, a heavily vocoded voice even explains a method for this: Visualize your dream. Record it in the present tense. Put it into a permanent form. If you persist in your efforts, you can achieve dream control. The song was recorded with sweeping orchestrations conducted by none other than Michael Kamen. Often the orchestra is not relegated to the background but instead is very prominent such as during the second half of the instrumental section (timestamp 3:16 – 3:51). At the end of the song (5:26), a cello or double bass plays the theme from the traditional Brahms Lullaby – the typical English translation words being Lullaby, and good night, go to sleep little baby. Silent Lucidity is ranked #21 on VH1’s list of Greatest Power Ballads.