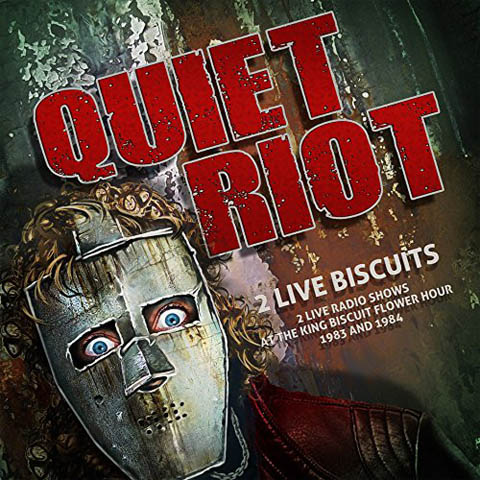 These two radio shows, both recorded for the King Biscuit Flower Hour in 1983 and 1984 shows the band at their peak of success. CD One recorded in 1983 for the King Biscuit Flower Hour while Quiet Riot was promoting its third release, Metal Health, this show presents the picture-perfect MTV rockers at a time when their popularity was at a peak. “Breathless,” “Danger Zone,” “Run For Cover,” “Stomp Your Hands, Clap Your Feet,” “Cum On Feel The Noize,” and show closer “Metal Health (Bang Your Head),” are all here, making this a greatest hits show for the band that exemplified the glam metal scene of early-’80s Los Angeles. CD Two recorded live again for the King Biscuit Flower Hour one and a half year later while the band was promoting its 4th release Conditional Critical. Hits like “Party All Night,” “Condition Critical,” and another Slade Cover „ Mama Weer All Crazee Now“ you can hear here in one of the last extraordinary live shows of the band’s career. Sadly, Kevin DuBrow was found dead in November of 2007, in his Las Vegas apartment, from an apparent cocaine overdose. His death effectively ended the 30-year-plus run that Quiet Riot enjoyed.