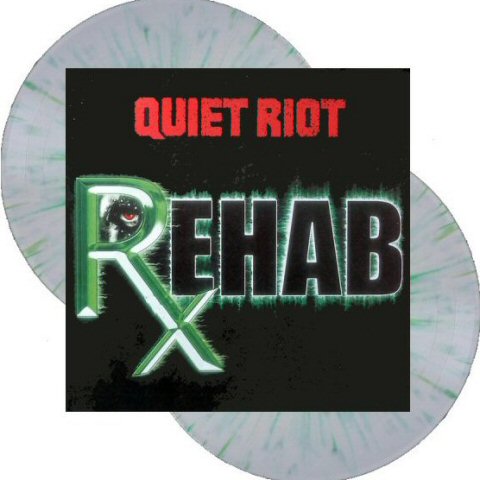 Rehab was the multi-platinum US rockers Quite Riots first studio album in four years. By this time it was increasingly difficult to keep track of all the different line-up switches that have occurred in Quiet Riot over the years, with the speed of guitarists and bassists coming and going only increasing by the early 21st century. As of their 2006 release the most familiar band members include singer Kevin DuBrow and drummer Frankie Banali, who are now joined by guitarist Neil Citron and bassist Tony Franklin. Despite the constant line-up fluctuation, the group’s anthemic, party hearty metal style still remains. Album opener “Free” shows that DuBrow’s voice still sounds identical to the group’s Metal Health days, “South Of Heaven” has an unmistakable Zeppelin-esque flair, while ex-Deep Purple member Glenn Hughes lends a hand in the songwriting and backing vocals on a few tracks. From front to back, all the trademark Quiet Riot elements remain in place on Rehab.