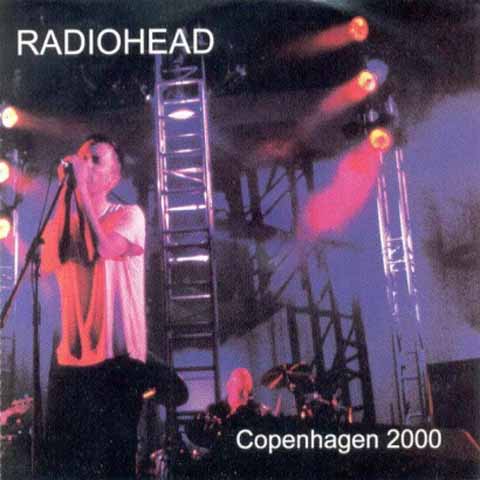 New Years Eve of 1998 is one of the lowest points in Thom Yorke’s life. In January, Radiohead is supposed to go into a studio in Paris to start work on the follow-up to OK Computer, and Yorke doesn’t have any material to show the rest of the band. He can’t write songs that he likes himselfs and he writes and writes and writes, but he can’t tell if any of his words are good. He can’t even pick up a guitar without feeling like he’s dying inside. He wonders if he’s going crazy. When entering the studio the work on a tune called Lost At Sea that had emerged during soundchecks at the end of the OK Computer tour. As a song, it quickly goes nowhere; as a metaphor for the new album, it’s obvious to the point of causing acute pain. (It will eventually be given a new title that also describes the state of Thom Yorke and Radiohead at this time, In Limbo.) The band sets up studio sessions in Copenhagen but Yorke still can’t complete any of his songs. And the demos arent resembling actual songs and certainly not anything that a three-guitar band can play. Yorke still think that the material can be shaped into songs. Yorke realizes that he’s now living in the future that he had always dreamed about only to find out that it is own private hell. Then one day Yorke and Godrich try out a Prophet-5 synthesizer, with Jonny Greenwood manipulating the sound of Yorke’s dulcet voice into a garbled cyborg whisper with a Kaoss Pad, and this new toy produces an entirely new, alien sound and that is the breakthrough of the recording. From there, Radiohead proceeds to record not one but two full albums. The first, Kid A, comes out in October of 2000. Before the release of the album the band went out on tour in Europe to play in custom-built tents without corporate logos carefully raised in a big city park, playing mostly new songs. The reason for the tent tour was that that Yorke was fed up with the acoustics and atmospheres of big arenas. This album was recorded during this tent tour and its from a show at a Football Field near Valby-Hallen in Copenhagen, Denmark on the 8th of September in 2002, a month before the release of Kid A and to defy the normal record-industry routines the band’s European tent tour would be over before the album got released and Radiohead’s renunciation of the standard album-release strategy would be talked about by industry people as the most understatedly ingenious publicity ploy since the Beatles cover for the ‘white album’. Radiohead went on stage on the early side by rock standards, around 8:30, following the opening band (this night it was the arty Icelandic group called Sigur Ros), and were done by 11. Thom just didn’t want be working all the time anymore, Colin Greenwood said. People still cling to this idea that bands don’t work hard — maybe they can’t acknowledge it, since we are part of their leisure — but it is hard. Radiohead’s two Copenhagen shows were workouts — spirited, exacting and at times wondrous, as when, say, Jonny Greenwood played a transistor radio like a Stratocaster on one new song, or, when he and the band’s other guitar player, Ed O’Brien, during another new one, knelt over sampling machines, capturing Thom Yorke’s voice and strange electric-piano chord changes and sending them droning and echoing over the crowd like otherworldly plainsong. It’s set up as an experiment in a way, that song, Yorke said later. I like that it cannot ever be the same any night by design. I get bored. I’m bored with the rock thing. Aren’t you? So here you have it, a show from Copenhagen during the tent tour that saw Radiohead coming back to life again.