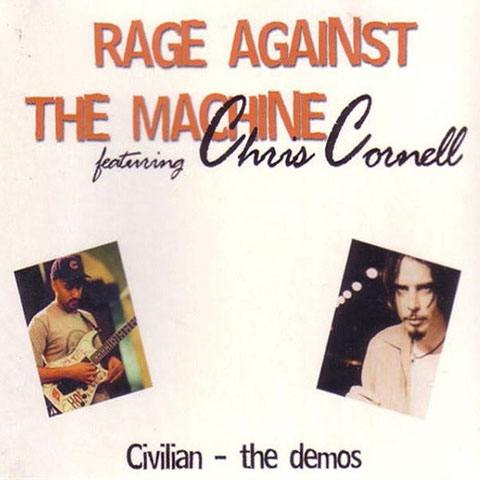 Rage Against The Machine -Civilian The Demos cd

When Zack de la Rocha left Rage Against the Machine in October 2000, the band’s future was put into question. Within months rumors flew that ex-Soundgarden frontman Chris Cornell would replace de la Rocha. And gossip fueled truth, for Cornell joined the rest of Rage in the studio in May 2001. The mix was great and a musical bond was in the making: Cornell, Tim Commerford, Brad Wilk, and Tom Morello spent the next year writing and recording. By spring 2002, the foursome was no longer going by the Rage Against the Machine name but instead they had been tossing around the idea of being called Civilian before they settled on Audioslave. This limited Digipack cd includes the first demos that were recorded by the new band while they still haven’t chosen any name. So these recordings got the name ‘Civilian’. These rare recordings includes lots of ideas and tracks that were re-used for Audioslaves first album