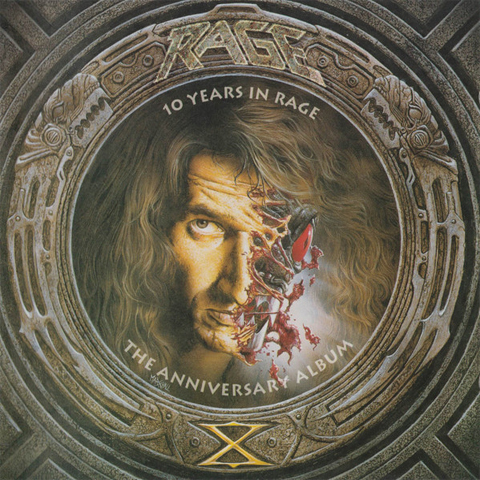 Rather than release a bland collection of familiar tunes for their anniversary album, Peavey Wagner decided it would be best to dig out some old songs from his demo and practice tapes and record those instead. Admittedly this is a very nice gesture towards the fans, but the results are somewhat varied. Since many of these songs never made the official releases, you can already guess that they aren’t as strong as the usual Rage songs. A few of them do stand out: the speedy ‘Take My Blood’, ‘Submission’ (written during ‘Execution Guaranteed’ sessions) and the medley of Rage classics called ‘Blow in a Row’. However, some of the others songs are simply tepid in comparison to what the band normally performs. For someone who isn’t very familiar with the band, this collection would serve to turn him/her off. I take my hat off to Peavey for not releasing another generic greatest hits package, though, as this truly is for the longtime fan.