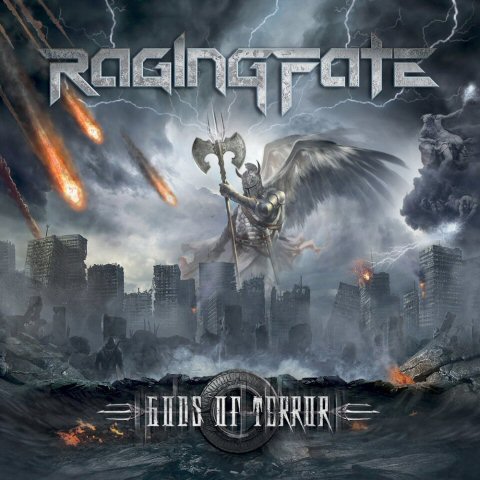 Raging Fate’s, from Karlskoga, Sweden, debut album Gods Of Terror is something you just need to check out if you’re into Teutonic metal. This is a one man project by Mattias Lövdal, who whenever you meet him gladly reminds you that Running Wild is the best band on the planet. The album opens with the title track and it immediately put a big smile on my face. The guitar riffs is straight out of the Rock N Rolf school book and i would have been surprised if Mattias would have gone to far from his inspiration and love. Now it hit me right between the eyes from the start and being the same age and being grown up on the same taste of music i just love it. The album never lets down. Its music inspired by the German 80s way like Grave Digger, Rage and Running Wild. It combines the power and the speed and Ronny Milianowicz has helped out with the production, and the drums, which gives the album a thick sound and a stamp of being a first class product. This is not thrash metal in any way as the album for most parts goes down in tempo and becomes heavy too. Overall this was a pleasant album. Its not the most original one and im sure Mattias never had that as a goal either. It wont beat any of my old time favourites from the German 80s scene but for a retro-metal freak it should come as a good album to ad to that collection. Metal doesn’t become much more true than this.