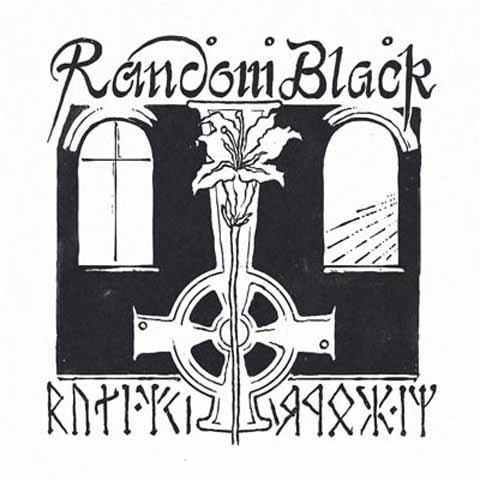 Few New Wave Of British Heavy Metal bands wrote songs inspired by Shakespeare, but The Bard could well have been describing the NWOBHM when he said “though this be madness, yet there is method in it.” Essex band Random Black came together in 1979 and recorded their debut demo in July 1980 at Spectrum Studios in Southend which featured ‘Love Gone Stale’, ‘Taking the Easy Way Out’ and ‘Love’s No Friend of Mine’ (an original, rather than the Rainbow song). After a while though – as is often the way – the line-up fell apart and after several changes another demo session was arranged for June/July 1981, this time with former Procol Harum member Matthew Fisher overseeing proceedings. At this session ‘Fool’s Paradise’, ‘Witch Daughter’ and what Mark lovingly refers to as the “haunting ballad” ‘Lost Child’ were put to tape for the ‘Vanishing Point’ demo. “We were on fire during those sessions,” Mark recalls. I can remember sitting in the control room with my eyes shut listening to the playback, and Matthew saying ‘This is really good, guys!’ Wow! To have someone famous like Matthew Fisher – who co-wrote and played Hammond organ on Procol Harum’s ten million selling No.1 single ‘Whiter Shade Of Pale’, for Chrissakes! – tell you it was good meant a lot to us. Despite no great interest from the major labels, Ebony Records certainly liked what they heard so the band got the chance to go to Ebony Studios for two days of recording on 21 and 22 March 1983. Random Black’s contribution to the label’s Metal Warriors compilation was Ophelia, “inspired obviously by William Shakespeare’s play Hamlet,” adds Mark. “We actually recorded two songs, ‘Ophelia’ and ‘Under The Cross’ but due to a technical issue ‘Under The Cross’ (which was by far a better track, in my opinion) wasn’t used. After the recording the band decided they wouldn’t be working with Ebony again and they had heard that Polydor were interested. However yet again the band more or less apart and after auditioning new members and not finding the right persons Mark decided to call it a day. After working with Crucifixion and Redline Mark once again put together Random Black for a final studio session in December of 1984. t was a rushed affair, and we did it in one day according to the track notes on the tape. It must have been more, as we did six songs: ‘London Life’, ‘Ophelia’, Catch 22’, ‘End Of The Line’, ‘Rest In Peace’ and ‘Love That Never Lies’. I did all the guitar work, so was very busy in the recording booth; some of the guitar harmony work was difficult, and I seem to remember having loads of pieces of paper stuck on the wall of the booth to remind me of the ‘other’ guitar part! I wasn’t happy with the result as we were up against it, timewise, but we did record some cracking songs! My favourite was ‘Catch 22’, and the instrumental ‘End Of The Line’ which was very Maiden-like. Four of the tracks were then re-worked on with Bitches Sin vocalist Tony Tompkinson adding his voice in November of 1985. This album features material from all these studio sessions.