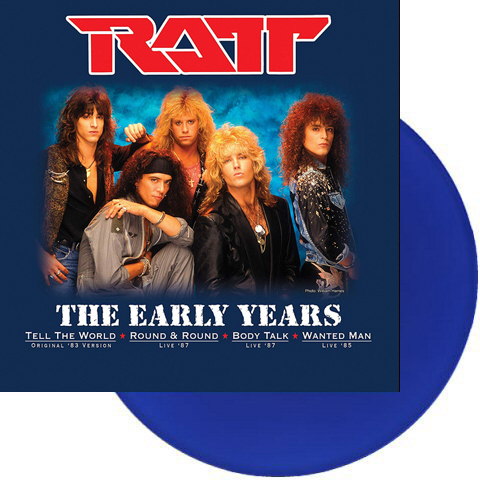 Ratt’s brash, melodic heavy metal made the Los Angeles quintet one of the most popular rock acts of the mid-80s. The group had its origins in the 70s group Mickey Ratt, which had evolved into Ratt by 1983; at that time the band featured vocalist Stephen Pearcy, guitarist Robbin Crosby, guitarist Warren DeMartini, bassist Juan Croucier, and drummer Bobby Blotzer. The band released their self-titled first album independently in 1983, which led to a major label contract with Atlantic Records. Their first album under this deal, 1984’s Out Of The Cellar, was a major success, reaching the American Top Ten and selling over three million copies. Round And Round, the first single drawn from the album, hit number 12, proving the band had pop crossover potential. While their second album, 1985’s Invasion Of Our Privacy didn’t sell as much as Out Of The Cellar it still sold over a million copies and reached the Top Ten. By that time, the band could sell-out concerts across the country and were a staple on MTV and AOR radio. Both Dancin Undercover (1986) and Reach For The Sky (1988) continued the band’s platinum streak. This album features a rare original 1983 version of Tell The World together with 3 popular live tracks.