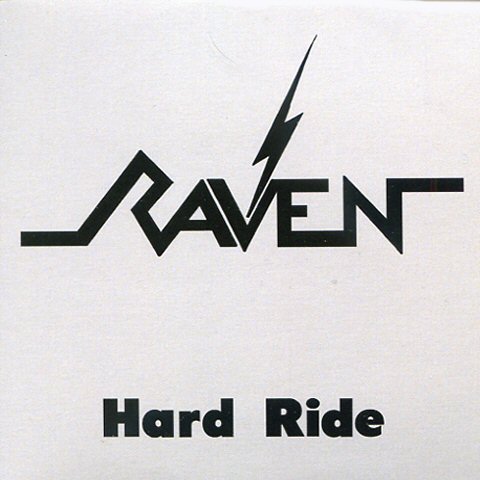 An early and influential band in the New Wave of British Heavy Metal movement, Raven were a group whose lean, tough sound helped anticipate the rise of thrash metal, though they preferred to describe their energetic and physical sound as “athletic rock,” inspired in part by their habit of wearing sports gear on-stage. Their debut single Dont Need Your Money was released in 1980 and was quickly followed by the Hard Ride single in 1981 to promote the upcoming debut album Rock Until You Drop. The single featured an exclusive none album track on the B-side. Hard Ride was a track were the band incorporated some Rock n roll boogie instead of going for their normal hyperactive speed, even Mark Gallagher sounds like a normal singer and not as over the top that only he can be. You have to wait until the second track, Crazy World, before you get any of his ultra-shrill vocals, either your love it or you want to hang him but it fits very well with Raven’s energetic aura. If you have seen Raven live you know what i mean. It also features that lovely raw sound that became so synonymous with these old NWOBHM singles. Impulse Studios in Newcastle were so good at getting that vibe. Listening to old Raven material and you realize that they deserves to have this legendary status among followers of the NWOBHM.