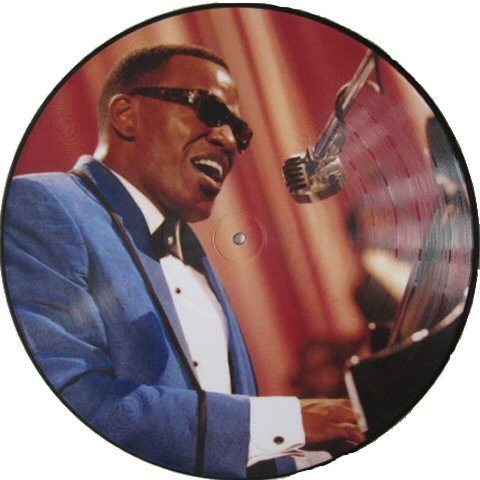 Ray Charles was the musician most responsible for developing soul music. Singers like Sam Cooke and Jackie Wilson also did a great deal to pioneer the form, but Charles did even more to devise a new form of black pop by merging ’50s R&B with gospel-powered vocals, adding plenty of flavor from contemporary jazz, blues, and (in the ’60s) country. Then there was his singing; his style was among the most emotional and easily identifiable of any 20th century performer, up there with the likes of Elvis and Billie Holiday. He was also a superb keyboard player, arranger, and bandleader. The brilliance of his 1950s and ’60s work, however, can’t obscure the fact that he made few classic tracks after the mid-’60s, though he recorded often and performed until the year before his death. This special compilation picture disc was released in November of 2007 to celerbate the movie about Ray Charles