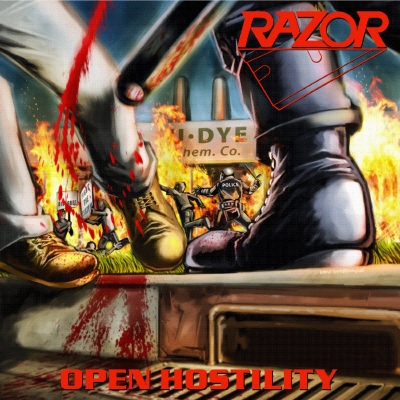 The last album from Razors classic period was almost a direct sequel to the style of Shotgun Justice. The music has a somewhat colder and more routine-like feel than earlier and the songs are not quite as violent anymore, but the raw style has essentially remained the same, actually to the extent of starting to repeat itself. The sterile drum sound is slightly annoying, but considering the problems the band had in the making of this album, one can probably live with it. In some way it is just another demonstration of the trouble that Razor had throughout their career despite all the effort. Even though Open Hostility appears somewhat unremarkable in comparison to the previous couple of releases, it’s still not a bad album and even at its weakest it blows many other bands efforts out of the water.