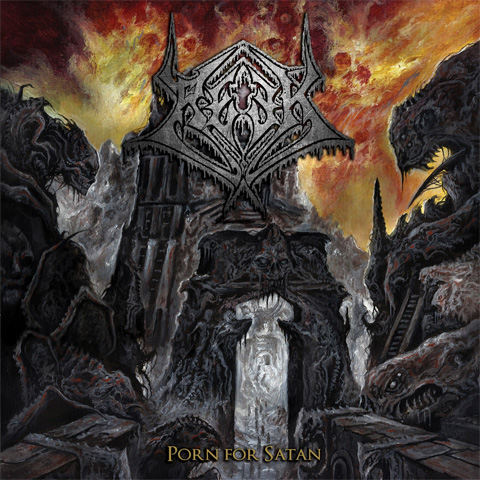 Reek is the Swedish death metal act that was formed back in 2019 by two Swedish death metal veterans, Rogga Johansson (Paganizer, Down Among The Dead Men, Echelon and many more) and Håkan Stuvemark (Wombbath). Their debut album, Death Is Something There Between, showed that the duo was out to perform death n roll metal just like Entombed did in the mid 90s. With Stuvemark and Rogga together you’ll now that the sound will be tight and focused because they have death metal in their blood and in their genes. It’s also obvious that they knew exactly what sound there after. To combine death metal and rock n roll seemed like an impossible task but Entombed proved exactly how tasteful death metal could be when they added some groove to it. So if you enjoyed albums such as Wolverine Blues, DCLXVI: To Ride Shoot Straight And Speak The Truth and Uprising then Reek could be something for you. They have grooves and riffs and Stuvemarks guttural growls. Hopefully this album will take you back to those good old days.