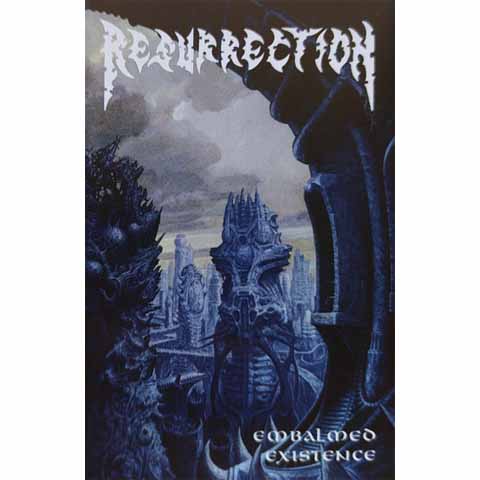 Tampa Florida death metal act that started back in 1990 but never reached the same success as many of the other local acts. The band released two demos and got a track on the 4 group split single on Nuclear Blast back in 1992 together with the acts Hypocrisy, Sinister and Afflicted. They debuted on Nuclear Blast with the ‘Embalmed Existence’ album in 1993. Brett Macadam is pictured on the back cover of the album though he did not take part in the recording. The drums on the album were done by Alex Marquez ( of Malevolent Creation, Solstice, Demolition Hammer fame). Things never took off for the band and the split up in 1996. The band reformed in 2005to pick-up exactly where they left off with their extreme Florida Death Metal. Their comeback album ‘Mistaken For Dead’ was released in the summer of 2008 and it received excellent feedback. In 2009 Massacre records re-released the debut album with 9 bonus tracks all remastered at the legendary Morrisound Studio, Tampa, Florida by Jim Morris. If you missed out on this band back in the early 90s then its time for you to experience the real thing- Pure Florida Death metal by one of the genres most respected underground gems.