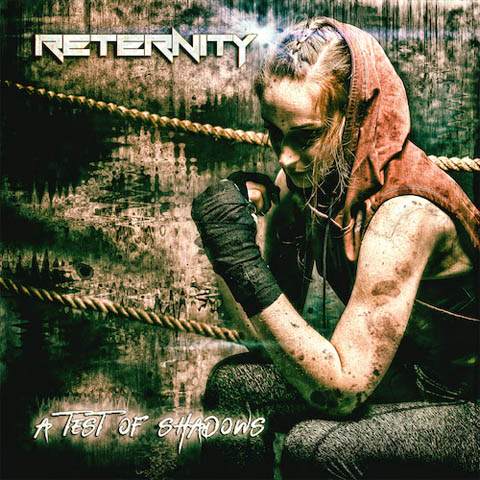 After the respectable success of their debut album Facing The Demon in summer 2019 and several successful club shows and festivals, the creative duo Stefan Zörner / Carsten Sauter present A Test Of Shadows, a worthy and even stronger successor in all respects. With Oskar Schmidt, Suat Gören and Dieter Schenk the line-up has been strengthened in the meantime with friends to make Reternity live and in the studio a constant. On A Test Of Shadows the band has once again played out their strengths like the multi-faceted songwriting, packed in compact songs without unnecessary lengths, the melodic and expressive vocals of Zörner, as well as the strong, unspent riffs of Sauter. As with the predecessor, the musical spectrum ranges from hommages to the Speed and Thrash of the blissful 80s to heavy and danceable midtempo hymns and neck-breakers. In addition to an impressive half-ballad (A Grave Called Home), the intimate piano number Stranded (which was created in collaboration with the jazz musician Aljoscha Crema) also adds new facets to the Swabians new album. A Test Of Shadows was again produced in cooperation with Jonas Kümmerle (Analog Mixing Studio), who once again proved his talent for the sound of the quintet and ensured a powerful and modern production. Together with the band he created an album that should quickly grow on the heart of every friend of melodic, varied metal.