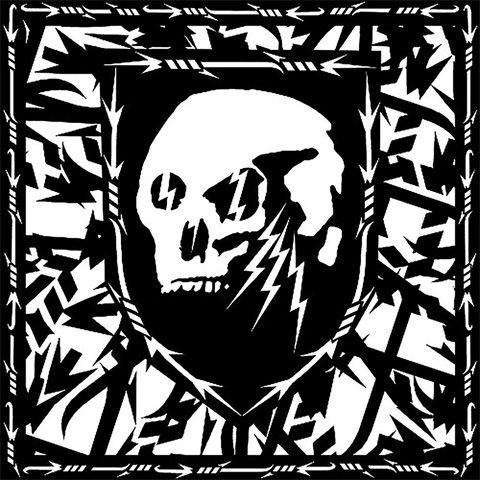 20 years down the line and the Canadian extreme act Revenge are delivering their sixth full length album, Strike.Smother.Dehumanize. This is a band that have a reputation for making records that sound like all the hatred in the world are condensed down to an unstoppable tornado of harrowing, blackened noise. And after all these years its obvious that the band hasnt mellowed at all. The album begins exactly as fans would expect and demand with those psychotic blasts and lurching haymaker riffing; vocals spewed rather than sung, from the center of the atonal storm. But suddenly, the band drop to a slower tempo, a Hellhammer-style dissonance that must and does erupt into abject chaos before the song’s abrupt end. This even happens in Oath Violator where the band changes their hateful black grind tempo to a mid-tempo song of buzz-saw sludge. Are these tiny seconds some small signs of evolution? Well not that it matters because if you blink its over and the bands music is primarily based on that ugly, animalistic roar of disdain and vengeance. So if you like music that makes you feel like you’ve been launched into a storm of bullets, blood and shattered teeth, then this is the album to play. And if you want your neighbors to fucking hate you than turn up the volume.