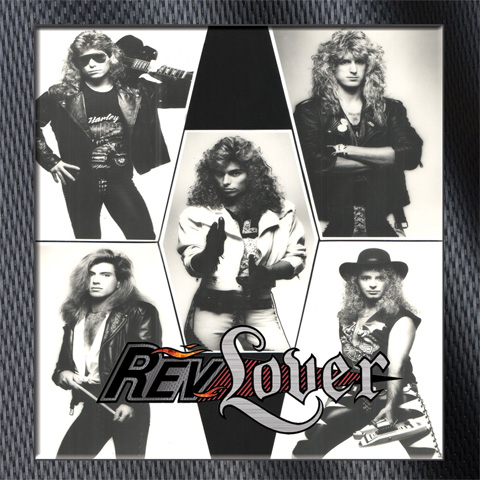 RevLover the Los Angeles based hard rock group was very much a big part of music scene in the U.S. and a Sunset Strip show-case group. RevLover composed and performed all original music and existed during the LA rock band scene heyday from 1988-1994. The band toured the U.S. extensively during this period of the time. RevLover’s stage show got finely tuned and expanded to the national stage. Before touring the first RevLover record was recorded and packaged for sale along with a complete merchandise line of records, photos and clothing. The band often crossed paths with many celebrity musicians and would have special guests on stage such as: Don Dokken, Zack Wylde, the late Janie Lane, the late Randy Castillio and other assorted professional artists of the time. RevLover worked relentlessly ultimately coming to another crossroads with departure of guitarist Jonni Rylde; hence, molding their sound into a more stream lined and aggressive super heavy rock group. Moving forward the band and management put it all together to succeed with their second album but the musical landscape ultimately changed to the rise of grunge music. As a result the band decided to repackage itself and end the RevLover group as a working entity in early 1994. As life goes the years roll on and the RevLover master reels were shelved until 2018 when these were dug up and put out on this album so the whole world now can discover this amazing group from an amazing time.