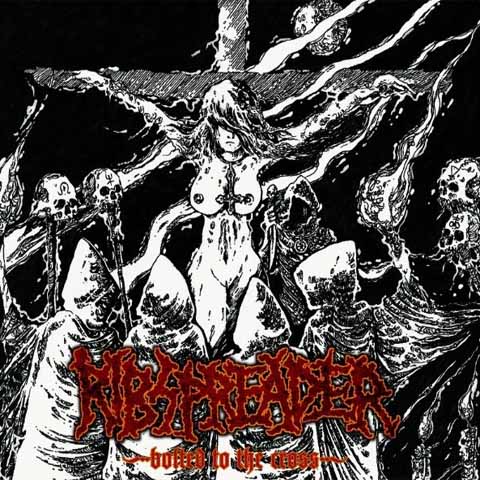 Ribspreader -Bolted To The Cross cd

Ribspreader is one of Rogga Johansson longest lasting bands (of course he also known for bands such as Paganizer, Demiurg, The Grotesquery, Bone gnawer). Ribspreader is another one in the large crop of bands that Rogga uses to spread his passion of old-school death metal. Bolted To The Cross was the bands debut album and it was originally released in 2004 and drums on the album was performed by Dan Swanö. Rogga himself explained that Ribspreader was just; Dirty simple old school death metal, no frills and lots of chills. Bolted To The Cross is brutal and heavy and hits you hard with its catchy, low rhythmic riffs done in a true, old school Swedish death metal style and Rogga himself proves that he has one hell of a voice when it comes to this style of metal.