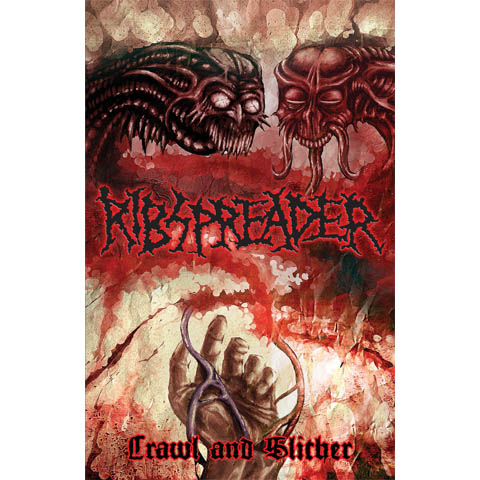 Formed in 2003, Sweden’s Ribspreader is the brainchild of prolific metal mastermind Rogga Johansson. Consisting of two previously unreleased EP’s Crawl And Slither and Blödarsjuk, this release is a killer slab of Swedish death metal the way that it was meant to be. Ribspreader showcase ravenous buzzsaw riffs that are sick and disgusting… catchy and melodic, yet brutal and old school to the bone. The sound is cavernous, expansive, and a most welcome bludgeoning catharsis. The album is the epitome of lean and mean. From the onset with Breeder Of The Dead, the ears rejoice with the resounding chainsaw guitars. Ribspreader is not trying to reinvent the genre as they are a finely-tuned entity excelling at their niche. Lucky for purists, there is no sign of them slowing down. Pick this album up for some truly crushing, devastating Swedish Death Metal.