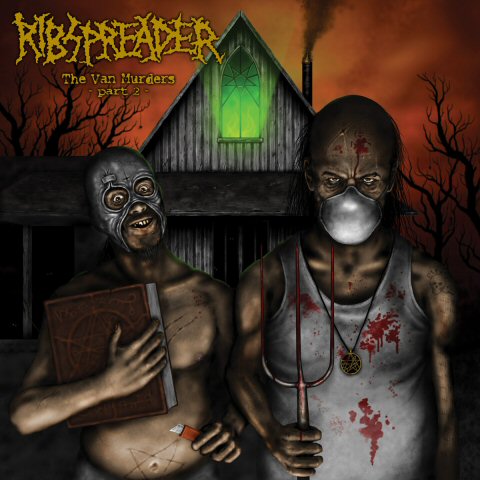 The seventh album by this Swedish death metal band leaded the busy man Rogga Johansson. Ribspreader might be one of the more prolific projects Johansson is involved with. A companion piece to 2011’s The Van Murders, the 10 track effort supposedly sat on the shelf for a few years, only to now be dusted off and given release. Thankfully, time has not weathered the potency of the music, as the album delivers all you’d expect and then some, and should delight those who follow Johansson closely. If you’re familiar with Johansson’s work, then you’ll have a good idea as to what you’ll get with this album. It’s a concisely written 29 minute death metal workout, with songs built around masses of memorable riffs and free-flowing drumming. The songs largely favour the classic Swedish sound, although there are some nods to the old school Florida scene as well. The guitar tone is cleaner than your average Swedeath band, but it still has a bit of a buzz that leaves no doubt as to where the band draws their main inspiration from. It’s quite a blunt, muscular tone, like the edge of a sharp weapon that has been worn down after years of use; now more effective at bludgeoning than slashing. Combined with the thunderous, heavier-than-lead drum sound and the thick, sturdy rumble of the bass, Ribspreader concoct quite a mighty musical force. The Van Murders Part 2 is a killer slab of true swedish Death Metal that combines the rawness of bands like Carnage or Grave, with the catchiness of Entombed and the great sense of melody of Edge Of Sanity.