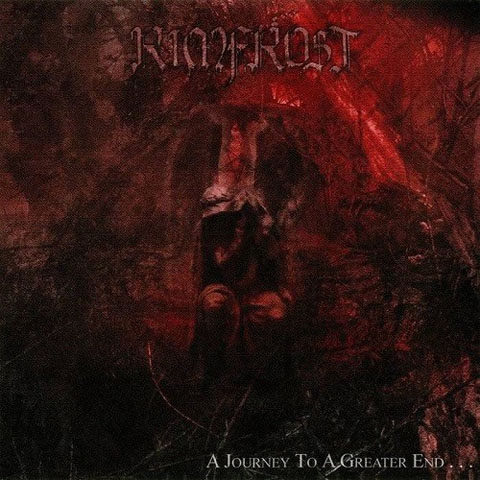 Rimfrost -A Journey To A Greater End mcd

Swedens Rimfrost played a well received gig at the Inferno festival and was voted the best unsigned band in Close Up, issue 78, so it didnt take long before they got contacted by No Colours Records where they released their debut mini album A Journey To A Greater End in 2005. The album takes 2 of the 3 tracks from the demo, Winds Of Hostility, released the same year. If you want to compare Rimfrost with something then it would probably be At The Heart Of Winter by Immortal. A Journey To A Greater End feels modestly epic too, notably when the vocals join the fray. Unlike the less obvious similarity of the riffs, these vocals are pretty much a copy of Abbath’s. Of the 3 songs, I feel that Darken slightly has the share of riffs and makes the most sense out of them, so Rimfrost’s debut EP ends on a very positive note. Want more of that true Northern black metal then check out this one