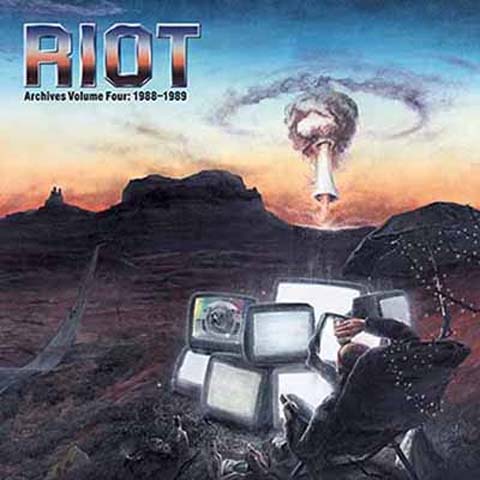 As a founding member of San Antonio Texas legends S.A. Slayer, bassist Don Van Stavern is the longest lasting member of Riot V. The first Riot album he plays on is 1989’s legendary Thundersteel record. However, not a lot of people know that his personal connection to Mark Reale goes way back even further, to 1983’s Born In America, featuring the late great Rhett Forrester: There’s actually three songs on Born In America that I co-wrote but didn’t get any credits for. At the time of Born In America I was already writing with Mark Reale. I wrote Gunfighter, I wrote Heavy Metal Machine with him, and I wrote Running From The Law. And I have demos of that. Because what we would do is, we would get the songs down and then we would demo with the guys from Texas Slayer. That later became Narita. But Gunfighter,Heavy Metal Machine and Running From The Law were already written. That’s where our relationship for writing actually started. With songs like On Your Knees, Runaway,Storming The Gates Of Hell or the striking Killer (with vocalist Tony Moore singing a duet with none other than the mighty Joe Lynn Turner) Riot Archives Vol.4 contains the original demo versions of a lot of material which later ended up on The Privilege Of Power album (from 1990). Don Van Stavern compares the rough demo takes of the Privilege Of Power material (recorded in Texas) to the finished album versions (laid down in New York City): The producers wanted to put a bunch of stars as guest musicians on the album, that was the deal, and they wanted to put horns on there. That was okay. But then they put the noise in-between each song, the little intros, and then a long intro. And then the song would finish and there would be another long intro. A lot of fans said: We just wanna hear the music, we don’t wanna hear that. That was one of the things we didn’t really like about the finished version of The Privilege Of Power. The horns were cool but we didn’t like the bits and pieces in-between the actual songs.

Track list:
1. On Your Knees
2. Runaway
3. Killer
4. Storming the Gates of Hell
5. Maryanne
6. Racing with the Devil (On a Spanish Highway)
7. Smoke On the Water-alternative version
8. Killer-with Joe Lynn Turner
9. Dance Of Death-demo
10. Black Leather And Glittering Steel-demo
11. Runaway-demo
12. Smoke On The Water-demo
13. Maryanne-vocal recording