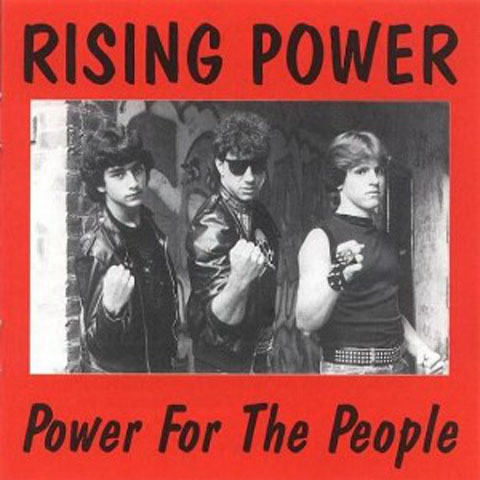 Reissue limited to only 300 copies

Rising Power was a Long Island act that only released one album, Power To The People. Musicaly its a mix of NWOBHM, Riot and Thin Lizzy but its not the music that has written this album into the history of hard rock but the bands drummer, Mike Portnoy (Dream Theater). This was his first band that he had together with some friends when he was 16 years old. Already at such an early act you will find some masterful drumming but as I said the music is far from the progressivness that would come with Dream Theater. This is just straight ahead enjoyable hard rock and heavy metal. Fans of Dream Theater still need this one due to its history but also fans of Samson, Thin Lizzy and so on should check it out