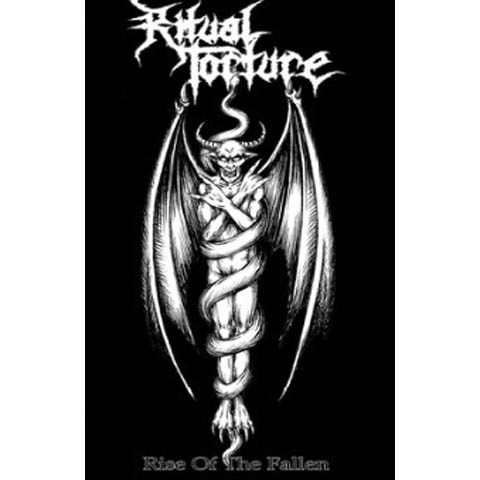 The San Diego death metal act Ritual Torture, formerly known as Gutrot, made its debut in July 2008. However, lest you think playing death metal means they want people to die, guitarist Jesse Jensen says; We’re not about violence, even though their lyrics can get gory and morbid. Humanity has always been obsessed with death, says bassist-singer Steve Pearce, AKA Steve Gutrot. Christians are preoccupied with the cross, which is a piece of torture equipment. Jensen – AKA Jesse Skelarot – says there is a brotherhood among local death-metal bands, such as Infinitum Obscure, Inhuman Sacrifice, and Condemned. For starters, they all appreciate aggressive riffs, intricate guitar work, and guttural vocals. Whereas hip-hop advocates rape and killing people, we like to get together and drink and hang out and watch horror movies, says Jensen. We promote unity and brotherhood. Rise Of The Fallen is their debut demo and it was originally released on cdR by the band themselves then released on cassette. 4-tracks and a Vader cover is what you get and Vader is a perfect example if you want to describe the bands sound, sounds like something that could have been on The Ultimate Incantation. This demo is not that expensive and its worth your investment ten-fold. Its both brutal, catchy and memorable and the band shows an incredible matured song-writing capability. Although the influences are clearly noticed, Ritual Torture is able to create a musical identity that is wholly their own. This is an investment that pays for itself after the first listen.