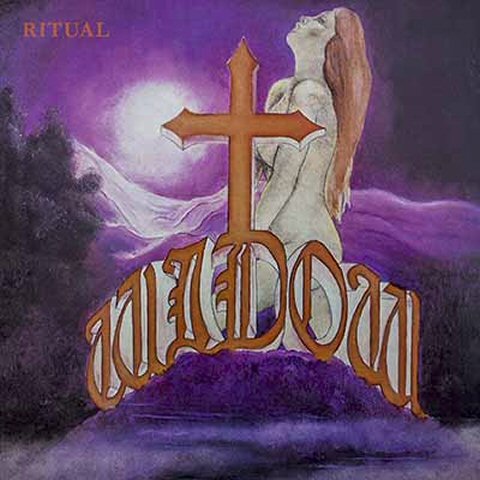 This old cult band from the UK started playing in 1973 and it wasn’t until 1983 until they got their first full-length out called ‘Widow’. Strangely enough the band was referred to as Widow back then because apparently the records that were floating around had no Ritual name on it. Ritual blends an unusual mix of 70’s heavy rock and 80’s rock sounds from the N.W.O.B.H.M. with a real dream-like effect. They’re hard hitting old English Rock ‘N Roll with a great clean singer/songwriter Gypsy Re Bethe that you might find yourself singing along to these infectious choruses. 10 years after ‘Widow’ was released, came their 1993 album ‘Valley Of The Kings’ picking up right where they left off in 1983. ‘Valley Of The Kings’ sounds like it could have been released in 1984! Ritual have a unique way of blending hard hitting Rock ‘N Roll riffs with melodic acoustic passages that take you out of this world. If you love old 70’s rock and metal like Deep Purple, Judas Priest and old N.W.O.B.H.M. like Angel Witch, Diamond Head, Quartz, Holocaust etc then the Ritual experience is what you need! Here’s your chance to listen to and find out more about the mysterious Ritual.