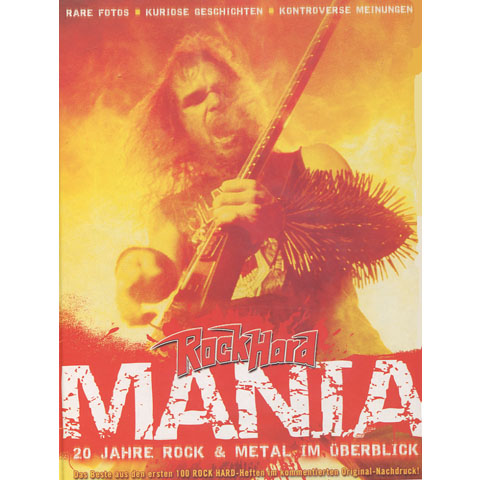 In Rock Hard Mania the magazine Rock Hard opens its archive after 20 years. In addition to the best and most original stories from the first 100 monthly magazines (1983-1995), the reader mainly finds rare photos and personal essays that revolve around the heyday of the Heavy Metal scene in the 80s. Beyond that, it gives many memories in the creative stages and the unbridled experimental joy of the 90s, as the hard-rocking music scene consisted of endless, exciting parallel universes and dominated the charts. The Rock Hard magazine was – and still is – where it happens and this book contains many interviews and stories about some of the biggest names in metal. Lots of never before seen photos.