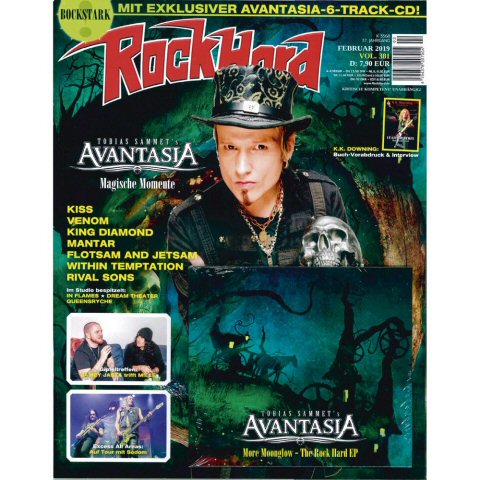 Rock Hard volume 381, February 2019 that comes with an exclusive 6-track cd single with Avantasia. The cd features two tracks from the new album Moonglow, as well as a live track and three rare exclusive demo tracks