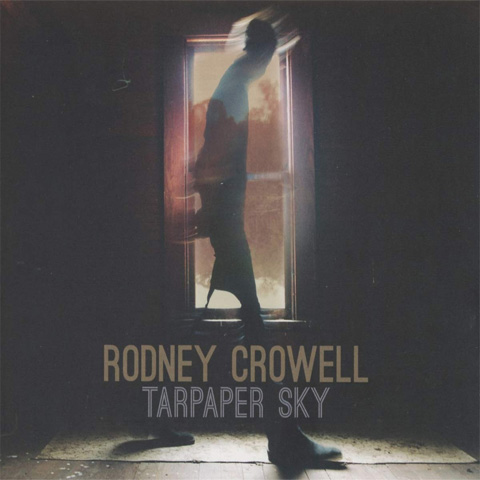 Esteemed musician, songwriter and author Rodney Crowell had produced his 2014 album, Tarpaper Sky, himself. Crowells critically lauded collaboration with Emmylou Harris, which won a 2013 Grammy Award and was named 2013 Album of the Year by the Americana Music Association. Crowell has pushed the boundaries of country, folk and roots music since long before the term Americana was coined as a genre, making a name for himself and gaining respect as both a songwriter and as an artist. Celebrating 40 years of making music, Crowell has created an album that harkens back to some of his most revered and loved works. Tarpaper Sky would sit comfortably on the shelf right between the chart-topping fan favorite Diamonds And Dirt (1988) and Life Is Messy (1992). This album marks a reunion of the creative partnership of Crowell and musical accomplice Steuart Smith, who was an integral part of his overall sound during the late 80s.

Track list:
1. The Long Journey Home
2. Fever On The Bayou
3. Frankie Please
4. God I’m Missing You
5. Famous Last Words Of A Fool In Love
6. Somebody’s Shadow
7. Grandma Loved That Old Man
8. Jesus Talk To Mama
9. I Wouldn’t Be Me Without You
10. The Flyboy And The Kid
11. Oh What A Beautiful World