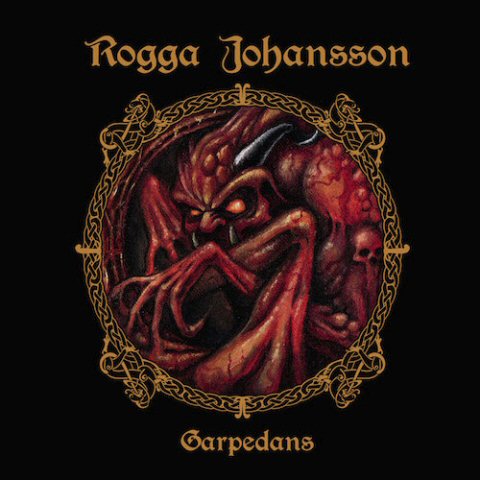 Rogga Johansson (Paganizer, Demiurg, Ribspreader etc) solo album Garpedans started as a possible follow up to Demiurgs Slakthus Gamleby. The concept was completed as well as guitars and bass, but after a while it was obvious that Demiurg wasnt meant to be. Years later the material was dug up and given vocals. Garpedans lyrically and conceptually weighs heavy into the folklore of Gamleby, and the main character is the giant Garpe, as well as the mountain he became. Garpedans. Even without being a Demiurg album, this is a part of the concept started on the first album, so listen to it, and put it into context, and hopefully you will enjoy the expanded concept as well as the music itself. There is much doom in the song’s opening; it oozes misery like a thick oil. And with that dismal introduction, the song comes to vibrant life, with a pulsating, vibrating riff that courses with grim energy and a pummelling drum rhythm that sends the blood rushing. Oh, but the song becomes seductive, too, with a chorus that’s as sinuous (and sorrowful) as the verses are jolting. The truly massive head-hammering is still yet to come, laced with a fuzzed-out, doom-kindred lead that worms its way to the bitter end. If you like the Demiurg albums or if you adore Rogga then ofcourse you need to check this one out

Track list:
1. At mountain garpe
2. A seal has been broken
3. The thrower of boulders
4. Under unknown skies
5. Turned into stone (But not forgotten)
6. Garpedans
7. Where it feasts
8. A tool of great pain
9. Mordbrand