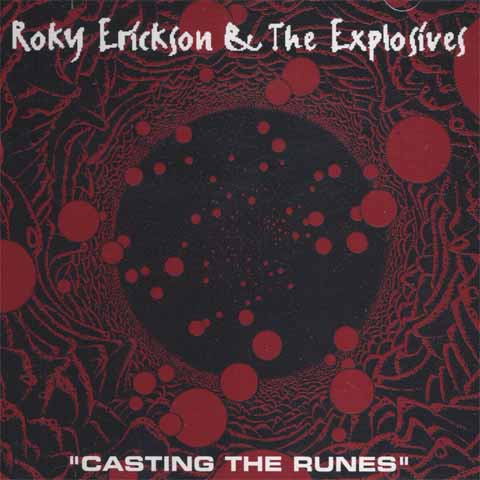 Roky Erickson And The Explosives -Casting The Runes cd

As lead singer of Texas infamous 13th Floor Elevators — one of rock’s earliest, strangest and greatest psychedelic bands — Roky Erickson explored the far reaches of musical and personal extremes. The Elevators first two albums (Psychedelic Sounds of the 13th Floor Elevators and Easter Everywhere, released, respectively, in 1966 and ’67) are essential classics whose far-reaching influence transcends genre boundaries. Following a nightmarish ’70s mental-hospital stint that reportedly had a devastating long-term effect on his mental health, Erickson’s subsequent work revealed a singularly brilliant songwriter and performer whose talent was no less impressive for the fact that he was singing about zombies, vampires and aliens. Indeed, the demons that abound in Roky’s songs are all-too-real reflections of his own troubled psyche, and the combination of the artist’s oddly poetic lyrical constructions and his bracing banshee wail makes it clear, as it wasn’t always, that he’s not kidding. The Elevators fell apart in the late ’60s, when Erickson began a three-year stretch in a state mental institution to avoid criminal prosecution on a drug charge. He didn’t return to recording until the second half of the ’70s. Casting The Runes mates Roky’s twisted worldview with a hard, crunching band called The Explosives. Recorded on various Texas stages circa 1979, it unleashes menacing renditions of such grisly Erickson classics as Don’t Shake Me Lucifer and Bloody Hammer, plus a weird version of the mush-pop oldie I Love How You Love Me. Highly recommended, especially to fans of The Evil One.