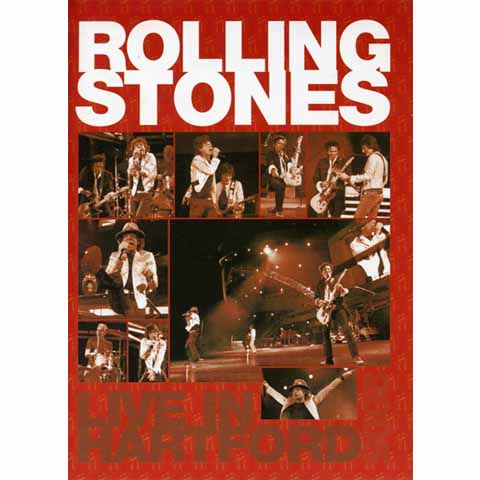 Hartford was for 1 night the Rock n Roll capital in the world. Rolling Stones played at the Rentschler Field on the 26th of August 2005 during their A Bigger Bang tour. A friday night with perfect weather and a show with amazing sound and a band that were full of energy. Keith was sprinkling his magic on each song and Mick sounded and moved agelessly. Ruby Tuesday was one of the great surprises as it only appears at a few shows per tour and the crowd sang along. The Stones made it more clear that they were mixing up the set tonight, when we got another welcome surprise with All Down The Line, Ron and Micks guitars interlocking, horns blaring, Charlie smiling. It seemed like a song of celebration that the Stones were back on the road, sounding better than ever, taking more chances, and seeing to it that each show will be a unique experience. The highlight of the night was Get Up Stand Up, a Bob Marley tribute replacing the Ray Charles tribute of the Boston shows. Here Keiths backup vocals were strong, the reggae sound perfect, with guitars and drums in machine like rhythm, allowing for Mick to scowl and let it all hang out, being greatly versatile in his singing, displaying contrast to the rock and roll or ballads we are used to. The back up singers blended in on the refrains, drawing in the crowd, as the tremendous Bigger Bang stage looked better than ever, lit in the green, yellow, and red colors of the Rastafarian flag. Lisa Fischer and Bernard roamed around stage, making the Stones seem 100% like a reggae band in sound and look with the number of people moving about stage to the beat. To end the song, Mick had the crowd take over on vocals, the band quiet, leading to a big finish with the band kicking back in for a final verse. It was one of the better moments so far of the tour. Mick introduced Keith as Local boy made good, in reference to Keiths Connecticut residence, a theme also used in 1999 at the Hartford Civic Center when Keith called him self a homeboy. It was again fun to see the crowd take Keith as one of their own, recognizing this as a homecoming as much as if not more than a return to England. For his set, Infamy was played first (this song is getting better and better), which sparked anticipation of what would follow (thinking maybe a more up tempo song?). It was a bit strange to then get The Worst, so the two songs of the Boston sets were simply transposed. While this still worked, the switch did not make for an improvement in the set flow. The shows final run were made of just classic Stones songs. Sympathy For the Devil takes complete advantage of the stage, with Mick using the walkway over the rear of the stage, giant red snakeskin patterns rapidly flashing on the big screen, and periodic bursts of flame from the stage top that throw an amazing amount of heat and light throughout the stadium. While Mick got a late start on the vocals in Jumping Jack Flash, awkwardly jamming the first line into a few seconds, by then it really did not take away from the show. A few miscues, a little unevenness are small price to pay for all the variety in musical styles and spectacular set list changes which makes us curious as to what the next song will be, or what the next show will include. So before we can complain that Back of My Hand was not played tonight, we are busy replaying in our minds how Get Up Stand Up transformed Connecticut into Jamaica for several minutes, or what a rush it was to see and hear Ruby Tuesday and All Down the Line again. Sometimes people ask, How can you go to all those shows, arent they the same? perhaps thinking of ballet, opera, or rehearsed precision required by less talented musicians. Tonight was the perfect answer to that question, showing that a Rolling Stones show is not a disciplined repetitive tribute to 40+ years of rock n roll, but a fluid, unpredictable blast that draws its larger-than-rock n roll spirit from many styles, sources, and sheer courage for entertainment adventure. So you just need to go and see this band if possible. Not because “it could be the last time”. Not because you want to see if guys this age can still bring it. Go see these guys because they rock.