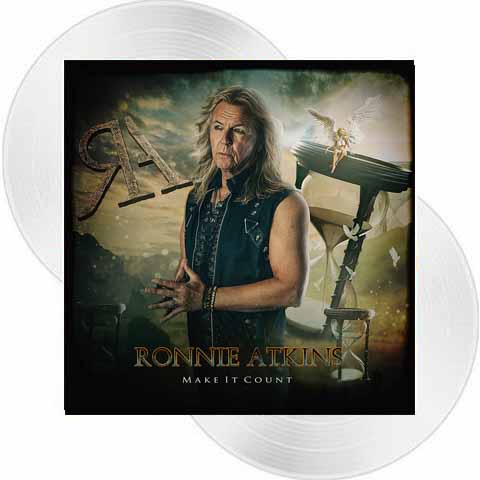 Respected Danish hard rock singer/songwriter Ronnie Atkins released his second studio album in March of 2022. Atkins says; Me and my great team of musicians followed exactly the same procedure as we did with One Shot, since I still feel a bit like I am racing against time because of my diagnosis. So, I basically sent my songs to Chris [Laney, producer], who would then work on a demo. When we were satisfied with the arrangements, I would then record the vocals and then the individual musicians laid down their tracks. Let me also state that I felt pretty good during the whole process, at least physically. And this time, I had the chance to actually meet with some of the musicians in-person because the Covid-19 restrictions were not as tough as they were back in 2020 when we recorded the last album, adds Atkins. As for the music, Ronnie says, Once again it was quite an easy going proces. Some of the songs were written on piano and some of them on guitar. I write the way I write, which means that the melodies and toplines are the first priority. If I feel I got a good song with the right chord structure and a strong melody that sticks in my head, then I know I’m on to something good and from there it can only get better. And that’s when I send it on to Chris Laney, who then listens to it with a new set of ears and comes back with his input about the arrangement and additional little bits and pieces. Since the start of his rock ‘n roll journey with Pretty Maids, Ronnie Atkins has consistently gifted fans with quality, melodic rock and Make It Count delivers again in spades.